No two words are scarier than that pair up there, except maybe “land shark” or “I’m pregnant.”

Queries are the bane of every writer’s existence. If you’re comfortable with them, or even weirder, if you LIKE them, you are extremely lucky and also what’s the weather like on your planet? 😛

Last week I talked about agent-hunting and briefly mentioned query letters. This week I thought I’d go a little more in detail. This isn’t a how-to, since there are other sites much more qualified than mine to instruct you on that. And it’s not a complaint either, because I understand their purpose. It’s more to say, “Hey, if you’re struggling, you’re not alone!”

I wrote my QL so many times it’s uncountable. And not just tweaks here and there but full on re-do’s, each one more estranged from the original like a plastic surgery patient who just can’t quit the collagen. I wish I had been writing them on paper because crushing the pages into balls and hurling them at the trash bin would have been so much more satisfying than simply backspacing.

Here’s why queries are so dang stressful:

1) You gotta grab the agent right off the bat. Agents are busy, they don’t mess around! If they’re not intrigued within a few sentences, they could very well move on to the other bajillions of hopefuls in their inbox.

2) There is a TON of info to pack into a tiny space. The agent wants to know what makes your characters special, they want the plot in all its plotty glory, they want setting, they want voice and style, they want sparkle and glitter and razzmatazz and they want it all in one brief paragraph. Ack!

3) How-to’s will contradict each other. Some will say to leap right into your pitch. Others will say to start with basics: title, genre, why you chose that agent. Some will insist on including comparisons to prove your book’s marketability, while others discourage that because it makes you look arrogant and the agent might get inaccurate impressions. For bios I assumed that any publishing credit was good credit, but one how-to actually said that menial credits are a turn-off, so unless you’ve been in the New Yorker don’t even bother! I didn’t listen to that one, because that just didn’t make sense. That’s really the only solution to contradictions: go with what makes sense to you.

4) Lastly: the pressure. Knowing that a flaw in my query could cost me my chance definitely gets the forehead sweat going. And there’s always something that could be better about it. It’ll never be perfect. But I’ve had to just accept that I wrote the best QL I reasonably could, and see what happens.

I understand the necessity of all this. Agents have one of the busiest jobs in the world, and no agent can read every book that crosses their desk, so they have to narrow it down somehow. But we writers can still lament the difficulty together. 🙂 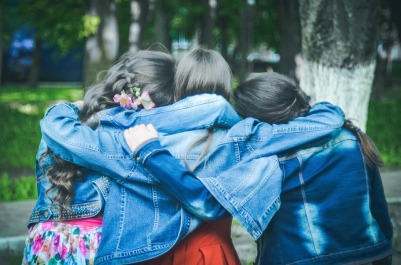 Oh, and before you go, check out this hilarious query “how-NOT-to” by Clayton Snyder, here!