That does not mean I prefer weak female characters. This is not a black and white world in which you either swing swords with swagger or cower in a corner. There’s a vast spectrum in between.

The reason I can’t stand the term “strong female characters” is because women described that way are usually one-dimensional, monotone cutouts of what the writer thinks a strong woman is. Often she’s a woman who can shoot a gun or throw a punch, and that’s enough. She never cries or feels uncertain or has any internal struggle whatsoever, unless of course it’s just for a minute to get the plot going and then she knows exactly how to deal with it. (Probably by shooting a gun.)

Maybe I’d feel differently if I were more into action genres, but a skill at butt-kickery is not what interests me in a person. I’m drawn to personality. I’m drawn to layers. I want texture and complexity, because that is what makes someone interesting. And I want them to be real people, with real emotions. Real people are not stone-cold badasses 100% of the time.

And? And?? I really hate when an author implies that a woman is better than other women because she acts like men. Because men, it’s implied, are the superior sex. Feminine bad, masculine good. You can GET OUT OF HERE with that misogyny RIGHT NOW. 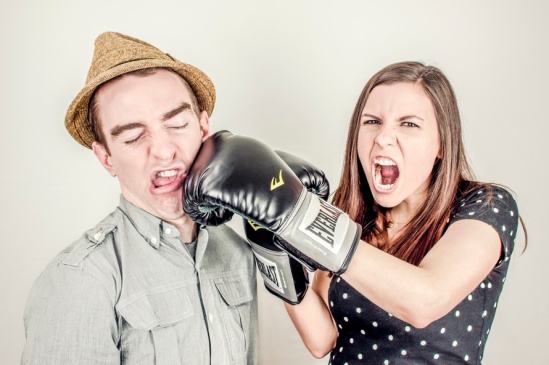 And what’s with all this glorification of “strong?” That is not the only good quality a person can have. Intelligence, creativity, a quick wit, a big heart – these are admirable virtues too. Not to mention the fact that “strong” can take so many forms. The woman whose depression is so severe it’s like an anvil on her chest every time she wakes, yet still she gets up and survives the day – that is strength. Not a single butt-kick required.

Here’s the description I would prefer in a female character: VIVID.

Because it doesn’t matter what kind of woman she is, so long as her depiction is bright and multi-faceted, gleaming upon the page.

Because all women are worthy. And all are here, all around us. So let’s put them in our stories.

Tell me, how do you feel about the “Strong Female Character” type? What other kinds of fictional women are you drawn to?

36 thoughts on “Why I dislike the term “Strong Female Character””