Reading, right? It’s crazy!! The psychic delivery of entire worlds from one head to another, via squiggly little marks? Ri-donk-ulous. Since most of you visiting this blog are writers, and thus readers as well, I decided to make this month’s nonfiction book about something we all relate to.

Ironically, I listened to this on audiobook instead of reading it, because sometimes I like to break the rules. Excuse me while I don some cool sunglasses and jump into a moving helicopter.

… I’m back. Anyway, I’ll be citing the following tidbits with time-markers instead of pages. Alright, let’s read about reading!

Reading – the ability to decipher abstract symbols and their meanings on an automatic, unconscious level – is a truly miraculous feat. It’s made even more miraculous by the fact that some words have multiple meanings, which the brain figures out through context at a rapid speed. The example Wolf uses is “bug,” which can mean an insect, a device planted to spy on people, the Volkswagon car, or a software glitch. “When you read [this passage],” Wolf says, “your word meaning, or semantic systems, contributed every possible meaning of each word you read and incorporated the exact correct meaning of each word in its context. …The brain doesn’t find just one simple meaning for a word. Instead, it stimulates a veritable trove of knowledge about that word, and the many words related to it.” (Part one, 0:20)

Word recognition in text may come from evolutionarily older functions in the brain, used to recognize objects. Reading is the ability to connect a visual shape (a word in text) with its meaning, which stems from the ancient ability to recognize shapes in our environment with a concept, such as a footprint signaling danger. (Part one, 0:27)

Alphabetic letters connect to highly specific areas of neurons. In an experiment using brain scanning technology, volunteers were asked to imagine letters. When picturing capital letters, a distinct area of neurons lit up. A different set of neurons responded when picturing lower-case letters. “Merely imagining letters results in activation of particular neurons in our visual cortex,” says Wolf. (Part one, 0:32) 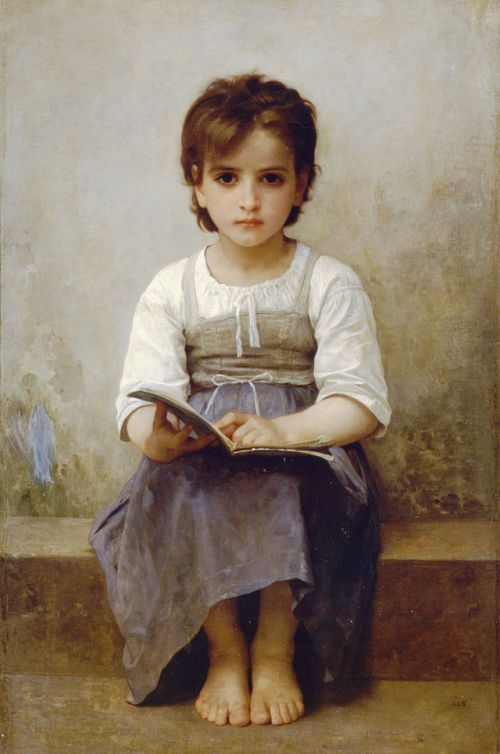 The invention of writing came not all at once, but in gradual phases that each challenged the brain to evolve in different ways. This probably explains why more than two thousand years passed between our ancestors’ earliest tries at written language, and the alphabet initiated by the ancient Greeks. At the time, the concept that every spoken word consists of a limited number of sounds, which can be drawn on a slate by a limited number of markings (letters), was groundbreaking. (Part one, 0:42)

Wolf states that two epiphanies allowed written communication to take off. First, that symbols can represent both a concrete meaning, such as an animal, or an abstract meaning, such as a prophecy. Second, that language no longer has to exist only in the here and now as it’s spoken, but can be preserved across time and geography. For some cultures, there was a third epiphany: that symbols can correspond to individual sounds that make up words, as opposed to one symbol with one whole-word meaning. (Part one, 0:57)

In 610 BCE, an experiment was performed by an Egyptian king in which two infants were kept isolated in a hut with no access to other people, except for a shepherd who would bring them food but never speak to them. It was believed at the time that humanity possessed an instinctive language, the “first” language of the world, and that it was only through instruction of other languages that this first language got buried. If these infants heard no other words, then their original language could reveal itself. One child eventually uttered the sound, “bikos,” meaning “bread” in Phrygian. Of course, this was just a coincidence, as the baby was simply babbling sounds. (Part one, 0:59)

The first need for abstract symbolism likely came from accounting, as it was much more convenient to store the number of one’s items for trade without needing all of those items physically present. This came in the form of clay tokens, documenting the amount of goods sold. (Part one, 1:02)

One of the first and most influential systems of writing was a Cuneiform system, developed by the Sumerians sometime within 3300-3200 BCE. Cuneiform comes from the Latin word “Cuneius,” meaning nail, referring to the script’s method of using a pointed stylus on soft clay to produce marks that resemble bird tracks. (Part two, 0:01)

A modern-day system similar to Sumerian is Chinese, with its concept-based (as opposed to sound-based) symbols. A Chinese reading brain uses more global processing than the minute processes of alphabetic readers. It also uses more of the right hemisphere of the brain while reading, in charge of spatial reasoning and motoric memory skills. Motoric memory is the act of locking a particular muscle function into memory via repetition, which is how Chinese students learn their language – by writing the symbols over and over. (Part two, 0:09-10)

Early Egyptian writing followed a layout called “turning around of the ox,” in which one line went left to right, then right to left in the next line, the same way an ox plows a field. (Part two, 0:31)

The age that we traditionally start teaching children to read – five years – may actually be counterproductive for the level their brains are at. In a European study, children who started reading at age seven performed better than those who began at five. (Part four, 0:03)

What we call each letter, vocally, has some unexpected pitfalls. For instance, even though the letter Y produces a “yuh” sound, we pronounce its name as “why.” When figuring out a spelling for the word “whine,” many children will write the letters “yn” – or, “why-en.” Whine. (Part four, 0:08)

Tell me… If you’ve ever helped someone learn to read, what interesting things did you notice about the process? If you haven’t, do you remember what it was like to be a beginning reader?

10 thoughts on “Let’s DEWEY this! – Proust and the Squid”