Last week I wrote about critiques, which I get a lot of as I’m part of two in-person critique groups. And MOST of the time? I love them! Occasionally, not so much. For fun I decided to do a pros and cons list of writing groups.

I was going to start with the cons so we could end on a positive note. That’s why desserts come after dinner, right? But then I decided that starting a post negatively isn’t a great idea. Plus it’s not a good analogy anyway, as I would never say no to dessert before dinner. Or FOR dinner… 🙂

So the conventional route it is then!

1. Diversity! Unless you’ve got a themed group (sci fi only, romance only, etc), then your group will have all kinds of writers, which is SO GREAT. One, you’ll get to hear different kinds of work, which is way more interesting than hearing the same thing all the time. Two, you’ll get to hear a range of perspectives. This is helpful because it lets you know how your work reads to different audiences, and the different viewpoints might show you something you hadn’t thought of.

2. Numbers! The more perspectives you’re hearing from, the greater chance you’ll hear that spot-on critique that really saves you. Numbers also help you not get swayed by a small sampling of opinions which a larger audience might not agree with. Conversely, if the majority of readers agree on a problem, that tells you what problem to focus on.

3. Improvement! It can be hard to see the weak spots in your own writing, or to know what makes sense in your own head but isn’t coming across to others, which makes feedback so important. Others in the group will have knowledge that you don’t which you can learn from.

4. Motivation! Being surrounded by other creative people is a great way to get your own juices flowing, and the chance to showcase what you’ve been working so hard on is validating. Plus, being held accountable by outside forces pushes your butt into that chair. If you’re struggling, you know you’re not alone. Writer’s block? Self-doubt? No idea how to end the damn thing? Someone else will surely have experienced the same issue and can lend advice, or at least sympathy.

5. And lastly… Friends! Isn’t it nice to talk with people who get it? Without saying a word, you know you’ve already got one thing in common. Writing demands a lot of solitary time, so it’s nice to have this social outlet.

For me, these are all strong enough to trump any downsides, but alas, some downsides there still are…

1. Bullies. Occasionally you’ll get that one smug author who likes puffing himself up by beating others down, as I discussed here. Fortunately this is rare, but it does occur. I had a run-in with this last year, but nothing bad’s happened since.

2. Too many opinions. Above I said that more is better, but there is a limit. Too many competing critiques and you don’t know what to think anymore. “Is A right, or is B? Or C, for that matter! And don’t even get me started on that wild card, D…” When that happens, you just gotta go with the one that makes the most sense to you.

3. Critiques that don’t apply to you. As great as diversity is, sometimes you’ll get feedback from someone who doesn’t know your genre or style and is operating from totally different expectations and rules. They don’t get what you’re going for at all, and you try to explain it to them, but they keep insisting you’re doing it wrong. Arg, right? Arg.

4. Speaking of rules… Rules. Writers’ groups are often populated by students of creative writing classes or English programs or simply folks tightly attached to their how-to manuals. Rules are important, of course! But some writers hang onto rules with white knuckles. There are places where they can be dismissed for stylistic purposes, or changed depending on the genre. Not all writers will get this and will hone in on what they consider “wrong,” losing sight of the big picture. Again, arg.

5. Paper wastage. Luckily I’m in groups that don’t require printed copies, but finding them wasn’t easy. Most groups want you to bring several copies of several pages every meeting. That’s a ton of wasted paper!

So there you have it. While I’ve definitely had frustrations with my groups, the perks outweigh them by far. I’ve met cool people, heard awesome work, and received insightful critiques that made my projects better. 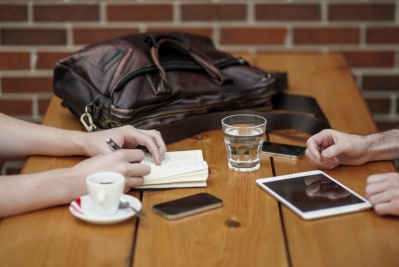 Tell me, what are your feelings on writing groups? Any pros/cons that I’ve missed?

16 thoughts on “Writing groups: the good, the bad, and the… okay there’s no third thing.”