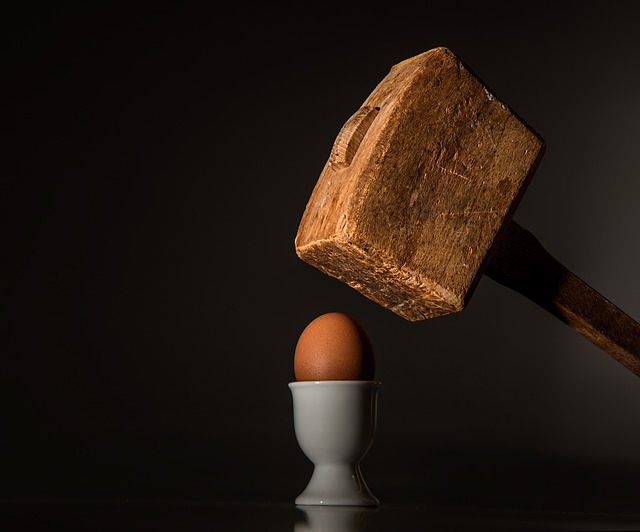 I want to talk about critiques. Namely, the right and the wrong ways to give them, and there are wrong ways, so if you’re the type who believes honesty equals brutality or that “feelings” should be pronounced with a sneer and a sarcastic waggling of the fingers, I’d like you to read this post.

First, a disclaimer. I am in two critique groups that meet offline, I post work to an online community for feedback, and occasionally trade email attachments with long-distance writer friends. Basically, I am no stranger to criticism. In fact, I welcome it into my home with open arms and a casserole in the oven.

Okay, I’m exaggerating. I find hearing critique as hard as anybody. Sometimes I get so nervous entering the coffee shop where my writing group meets that my hands physically shake. But nervous or not, I want the critique. I want to know what’s wrong so I can fix it. Tell me what’s wrong. Realizing my scene’s a mess might feel like a punch to the stomach, but I’ll get my breath back in a minute and then I’ll write it better.

I’ll say it one more time: I take hard critique all the time.

Now, my message: At no point should any critique, EVER, be so-called “brutal.”

There are different degrees of this, sure. Some excessively delicate authors will think anyone is brutal who doesn’t fan their writing with palm fronds. Some reviewers acknowledge that they’re critical, but try their best to not be a jerk. I’m not talking about those types. I’m talking about the types who call themselves brutal, who know their comments are brutal, and who delight in that brutality. They wear their brutal badges with pride.

One time someone I only vaguely knew offered me feedback, then smugly added, “I’ll try not to make you cry too much.” I turned the offer down, not because I was concerned for my feelings, but because anyone who gets their kicks that way has no business critiquing.

“I’m just being honest!” these types retort. Nope. They might be honest, but they are not “just” honest.

“I don’t sugarcoat!” they argue. Guess what: there are not two extremes here. There is not cruelty on one side, coddling on the other. There is a middle ground. Truth does not require cruelty to be truth.

To be able to speak truthfully, and considerately, is the mark of a mature mind.

It is an intelligent person and an empathetic person who can word their truth in a way that is tactful, helpful, and kind, while also honest.

Listen. The point of critique is to help. That is its purpose. You know the term, constructive criticism? Well, I’m pretty sure some people just ignore the first part. Or they misinterpret “constructive” as a sneaky excuse to crap on someone. But the very definition of “constructive” means to construct! To build upwards, to support, to improve. You find the weak nails and offer stronger nails so they can keep building their house. You don’t take a flamethrower and burn the house down. What would be the point of that?

Ah, the point of that would be to make the fire-starter feel good.

That’s the problem here. The common trait of these types of reviewers is ego. They delight in their harshness because it gives them a rush of power – it makes them look smart and capable and “better than you.”

Sharing one’s work is an intensely vulnerable experience. One of the most vulnerable experiences there is, second only to telling someone you love them. This goes especially for new writers, who are already teetering on a pinpoint over a swamp of self-doubt and “should I even bother with this?” But all writers of any level are only human. They’re human. They have – yup, I’m gonna say it – feelings. Why should we care about their feelings? Um, because they’re people. I shouldn’t have to explain this. If you don’t give a crap about that, then you might want to pause for a second and wonder if you’re a sociopath.

Everything I’ve described above makes a bad critique. Not just a “mean” critique, understand? A BAD one. Bad because the whole point of critiquing is to help. If your critique hurts more than helps, then it’s failed in its purpose. It’s a bad critique.

So what’s a good critique?

Basically, a good critiquer wants to see others succeed. She is thorough in pointing out problems, but also offers solutions. He keeps in mind the author’s goals and suggests how the author might better reach them. She is clear in her criticism, but also points out what the author is doing well, so the author can keep doing it. He provides information on better technique, but acknowledges that he is not infallibly correct. She remembers the author is a person, and so words her critique with tact and understanding, all while – yes – remaining honest.

Welp, that’s my rant. Go forth and critique. But be kind. We’re all in this together.

Tell me, what are your thoughts on the right and wrong ways to give critique? Have you experienced any particularly cruel ones?